Showing posts from February, 2012
Show all

Rihanna is Forgiving, but Hopefully, not Forgetting 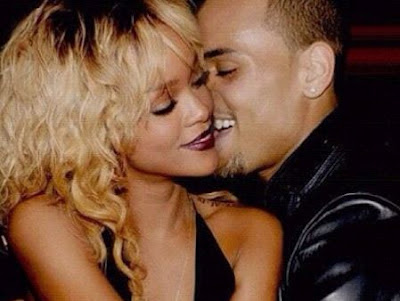 I n light of the recent musical reconciliation collaboration, between Chris Brown and Rihanna, it is necessary to dissect the relationship celebrities have with their fans.                 On February 20 th 2012, the two young pop stars released two musical collaborations they had been working on together. The collaboration represents forgiveness by Rihanna to Chris Brown, and an effort to show the feelings they still have for one another. Immediately, Rihanna received criticism for her decision to team up with Brown. Most of her supporters believe this to be a sign of disregard for her fans, and the people that sympathized with her. The producer for the two musical tracks, Terius “The Dream” Nash, felt differently, “For me, it’s just music –two talented people doing a record together and that’s what it was,” The Dream told Black Entertainment Television (BET) bloggers. “The true thing really is to forgive.” Well, Rihanna has obviously forgiven Brown for his brutal action
Post a Comment
Read more 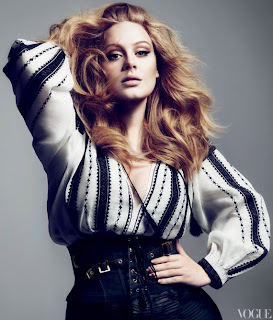 Compliments of Vogue Magazine       T he music of today is a clash of computer generated soundscapes and over-sexualized gibberish. To be frank, the new generation isn’t getting the same musical beauty as previous generations. Today, a YouTube sensation can get a record deal faster than the time it takes to get back a tax return. Music just isn’t full of the soul it once held, and brought out in the listener.       I can recall the day like it was yesterday, a video came on MTV featuring a plump songstress , and she took my breath away. I closed my eyes and her lyrics were written into my memory. Chasing Pavement hit the airwaves running, and boy did she make an impact. This should be expected from an amazing vocalist that writes her own music, music that all of us can relate to. Here are my reasons why we love someone like you, Adele. 1. The Throwback Factor: Adele’s voice is from another time period. She represents old Hollywood, and all the glamour that follows. She
Post a Comment
Read more

Sweet Dreams are Made of These... 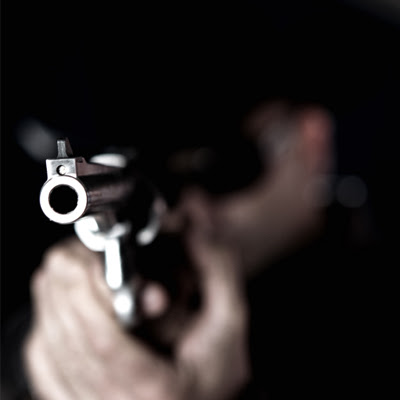 No, I'm not getting stalked. That would make this entry way more interesting, but I am being visited by a past lover in the worst way. My dreams. My dreams are always vivid. I've had sporadic dreams of my ex for a long time. The details in my dreams are impeccable, but in a weird way. I'm always slightly aware that what I'm experiencing is a dream. So, let me explain the dream I had last night. I was riding in a car with my cousin and my uncle. We went down a rocky driveway to a large white house with 3 columns, and a wrap around porch. The exterior was entirely new to me, but the inside was reminiscent of a house my aunt used to own, so it was familiar and unfamiliar at the same time. It was a fall day because I remember the beauty of the trees and leaves scattered about. After we parked, my uncle left the car and entered the house, he didn't appear in the dream again. Then I look over and my ex is sitting next to me. Her face instantly brings back old em
Post a Comment
Read more

William Edward Burghardt Du Bois "was an American sociologist, historian, civil rights activist, Pan-Africanist, author, and editor. Born in western Massachusetts, Du Bois grew up in a tolerant community and experienced little racism as a child. After graduating from Harvard, where he was the first African American to earn a doctorate, he became a professor of history, sociology, and economics at Atlanta University. Du Bois was one of the co-founders of the National Association for the Advancement of Colored People (NAACP) in 1909". Knowing a little about him and wonderful, especially as a black female, but understanding his concepts and theories is the most important part. Du Bois came up with a theory called double-consciousness , in a monthly editorial published in 1987, he described it as, "a world which yields him no true self-consciousness, but only lets him see himself through the revelation of the other world. It is a peculiar sensation, this double-consciou
Post a Comment
Read more
More posts
Visit profile